Overthinking Overload: How to Curb This Unhealthy Habit 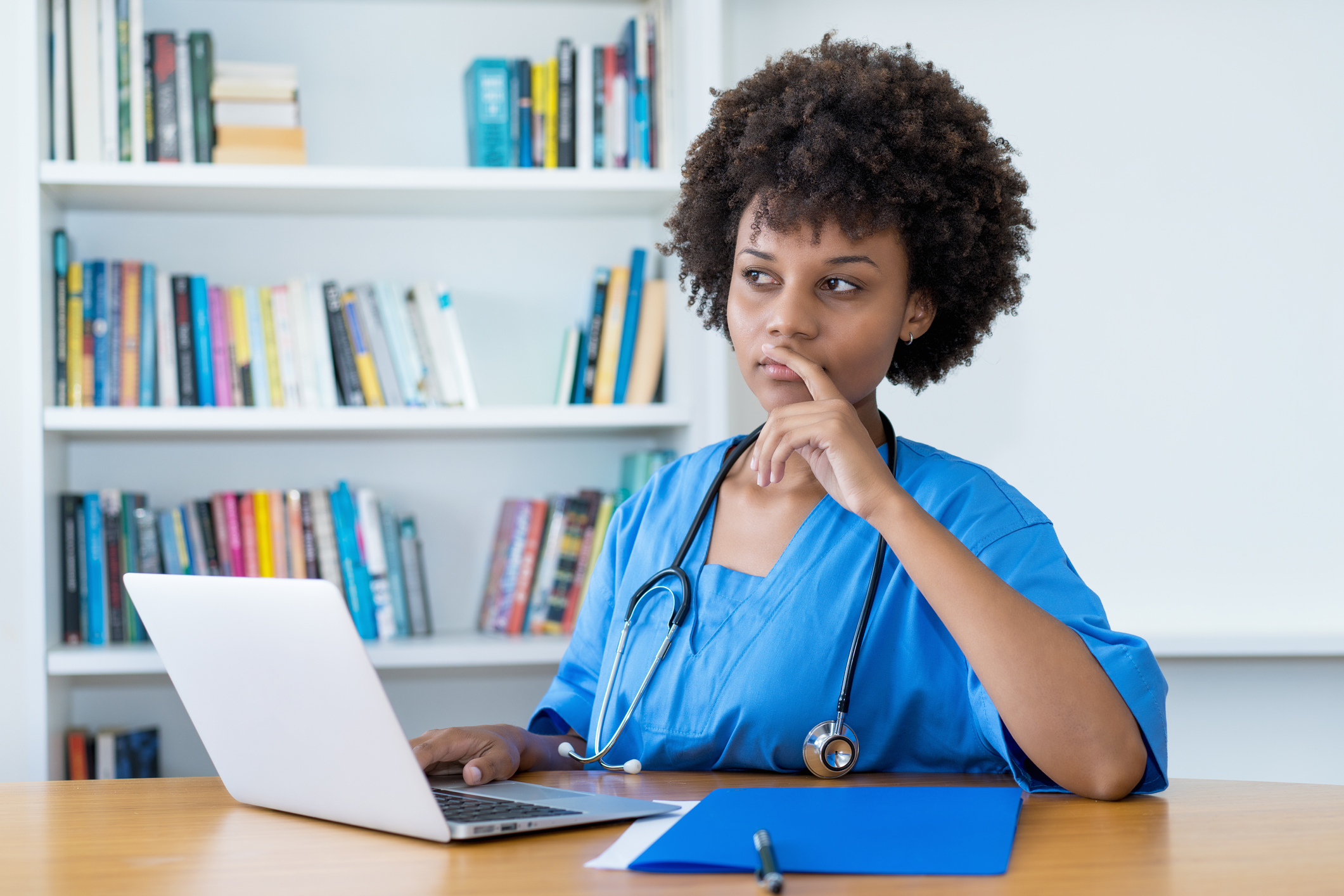 You’re not alone—being a nurse means you’re prone to pondering.

At the end of a busy shift, leaving the hospital is usually the last thing on Elizabeth Malnaa’s mind. Don’t be mistaken, this North Dakota ED nurse looks forward to getting home and enjoying some much-deserved time off. But she has done this job long enough—six years, to be exact—to know that rushing out of the hospital won’t make her day off any more relaxing. That’s because there’s nothing relaxing about being bolted awake hours later by thoughts of, “Wait, did I call that family member?” or “Was there something else I could have done?”

To prevent this overthinking from interrupting her sleep, she now ends every shift with a thorough review. “At the end of the night, I sit down and make sure I’ve dotted all my I’s and crossed all my T’s,” she says. “It’s become my end-of-shift ritual, and it’s been a big help for my sleep and well-being after a shift.”

Overthinking is not unique to nursing, of course, but the nature of this profession makes it an easy trap to fall into. For starters, we’re busy. And sure, there are tasks we can anticipate, but in between those planned to-dos, there are emergencies and fires (and sometimes even real fires) that require our attention and pull us in so many different directions. From a brainpower standpoint, there’s just nothing linear about this job. Multi-tasking is literally part of the job description.

“A mechanic can diagnose and solve a problem based on what they see,” says Amy Morin, a psychotherapist. “They know how the car will respond to a new engine or a new belt. But people respond differently to different things. Nurses have to figure out what approach is likely to work best in each situation. And when it doesn’t work, they may always question if a different strategy would have worked better or if another nurse may have handled the situation better.”

Malnaa knows that feeling. She also knows the strain—and pain—it can place on a nurse when it goes unchecked. She considers herself lucky to work in a hospital where physicians are willing to talk over difficult cases. “I can always ask for five minutes to figure out why something happened,” she says. “They’re great at explaining, and I’ve gotten a lot better at asking. No nurse should be left alone to deal with the question, ‘Was that my fault?’ Every nurse needs access to someone who will say to them, ‘Let’s sit down and talk about what happened.’”

Now that she’s a charge nurse, Malnaa makes sure the nurses she oversees know they can come to her when they’re feeling stuck on something that happened. If the culture of your unit just doesn’t make something like that feasible, don’t worry, any trusted nurse in your life can fill the role. “As soon as you talk about what happened, you’ll feel better,” she says.

The downside of overthinking

Everyone overthinks sometimes. And doing it every once in a while won’t cause any harm to your well-being. Reflecting on what happened might help you learn to do things differently in the future. But there’s a fine line between reflecting and dwelling—and crossing it can be harmful to your health. “Allowing yourself to think too much—without taking positive action—can take a serious toll on your well-being,” Morin says.

In fact, overthinking has been linked to anxiety and depression. It also can be stifling to goal-setting and personal development. “If you get so bogged down in thinking about all the bad things that could happen, you might avoid tackling the challenges that could improve your life,” Morin says.

If you’re prone to overthinking, Morin has some tricks for keeping the habit in check:

- Schedule your worries: Morin suggests setting a time limit on how long you’re going to worry about something. Or, if there’s a worry coming up, carve out some time a couple of days before to help you set limits on your overthinking tendencies. “Some people find it’s helpful to actually set aside time every day to worry,” she says. “Scheduling 15 minutes to worry about anything you want might contain your worrying to a small portion of the day. When you find yourself worrying outside your scheduled worrying time, just remind yourself that you’ll worry about that later.”

- Change the channel in your brain: If it’s clear that there’s no more good that can come from your rehashing of past events, it’s time for the simplest of mind tricks—changing the channel in your brain. “This might involve getting up and doing something that distracts you for a minute—like performing a chore,” she says. Call a friend and talk about something completely different. Do some vigorous exercise. Or, plan a future vacation. Whatever it takes to get your mind off…see, you’ve forgotten already!

“When you stop overthinking, you’ll feel better,” Morin says. “And when you feel less anxious and upset, you’ll be able to think more clearly.”